In recent years, Turkish Airlines has slowly been improving its soft product to provide a much better in-flight experience. I’ve always thought that Turkish Airlines in Business Class is worth experiencing every now and again, especially when it comes to their food and in-flight service. That being said, I really appreciate the dynamics of their service as you’ll see in this review of mine.

Disclaimer: I flew Turkish Airlines Business Class 4 times, the routes I took were MNL-IST, IST-MUC, MUC-IST, and IST-MNL. The level of service that they provided was incredibly consistent all around, and since almost every flight that I took was the same, I decided to make just one review for Turkish Business Class.

Turkish Airlines has once again impressed me. This time it’s not just about the unique service they provide, but how they dealt with me and my whole family. The service was great. The hard product, although with some signs of wear in a few places, was appealing and still modernistic. What really spiced things up was the food service. DO&CO are renowned for their incredibly delicious food and that’s exactly what we got.

CONS: Very little privacy and (for some) middle seats

I found a good promo online for connecting flights with Turkish Airlines. I got the tickets for around USD 1,500 per adult and USD 1,200 for the child fare– which was relatively cheap for Turkish Airlines’ Business class product.

Before I bought the tickets, I registered myself in their own frequent flyer program called the Miles & Smiles. Thanks to that, I was able to accrue a total of 54,000 miles—17,000 miles per ticket. Younger children weren’t eligible for this since they don’t have seats.

Since the relocation of Turkish Airlines to the new Istanbul Airport, a lot of their inconsistencies have seemed to have lessened. My journey in particular wasn’t that much of a hassle since there weren’t any problems with either my checking in or boarding. Checking into the new Istanbul Airport was a special treat because there was a large dedicated area for business class passengers. There were barely any lines.

I still took the fast track lane since I was flying business class. Though in my situation, it made little difference. I finished in a matter of minutes, giving me more time to wander around the new airport.

The Turkish airline lounge is a bit smaller than the one found in the old airport but that was mainly because it’s sharing space with a few other lounges in the airport. It did boast a few changes in design while also retaining some of their more notable features. I’ve made a separate review of the lounge along with a featurette of the Airport in a separate blog. Check it out here!

As I’ve mentioned, I had very little problems with the boarding process of Turkish Airlines, they were quick and efficient. There was barely any waiting time.

First impressions stick, and for the business cabin of Turkish Airlines, it was surprisingly mundane. The seats looked okay, the cabin was designed to enable mood lighting, and it wasn’t really crowded in any way. To me, it just lacks character. After that initial shock of plainness, I proceeded to look at the whole thing some more.

Each seat was provided with a small pillow and you had to request for a blanket if you wanted one. At first glance, the space between seats looked really big. But when it comes down to it, individual spacing was just okay.

The seats were 22 inches wide with a seat pitch of 78 inches. There were also ottomans in front that open up into a second storage for your more personal belongings. You can also set the seats to lay flat when it connects to the ottoman, it can get pretty long and comfy.

When it comes to the main In-flight Entertainment system, there was a sizable monitor quite far from you. It had numerous movies, TV shows, and even live TV for content. You may also switch to a view of the outside.

All seats had a small extendable separator by the consoles to provide a little bit of privacy. Technically, they didn’t help out that much. Particularly for passengers seating on an aisle seat which was technically open to everyone by the aisle.

The main remote of the IFE is found right by the console. This is also where you’ll find a power outlet and a USB port. Above it is a small reading light.

Over the course of my journey, I had the chance to seat in the aisle seat and the middle seat. I flew with my family, so I didn’t need that much privacy. Overall, the seats were nice and quite comfy to say the least.

Turkish didn’t have bassinets for babies. It was also stated in their website that for young children, families were required to bring their own baby seat. If you had two or more children, you had to avail a child seat.

In my case, I had my whole family, one of which is a young boy. Turkish airlines were kind enough to provide us with a few baby-related amenities such as the ones seen below. These are a diaper changing mat, some paper towels, baby wipes, baby soap and shampoo, bibs a pacifier, and a fan. This was not pre-arranged, nor did we ask for it in passing. They surprised us with these, and the gesture was really appreciated.

As I boarded, I was greeted with very charming FAs that pointed me directly to my seat. They were cheerful and helpful, especially with my children.

As we settled down, we were greeted with welcoming drinks by one of the so-called flying chefs. It was great that they provided multiple drink options, both alcoholic and non-alcoholic.

The drinks were all gathered before takeoff. Around 20 minutes after takeoff, it was the chefs that asked us for our orders. The food they had were probably the most anticipated part of my whole flight. All I can say is that the food did not disappoint in any way.

I had the chance to try out all three of the main course that they were offering then but first, I had a plate of fresh and seasonal fruits.

They have presented all the three mains all at once so here they are from the one at the top to the bottom: The Meatball Brochette, the “Manti” Homemade Turkish Ravioli, and the Grilled Chicken Brochette.

They were all pretty good. None of them were bland in any way. The ravioli was by far my favorite.

A few minutes after the whole food service, I started to settle down. An FA approached us asking If we wanted a turndown service. I really appreciated the gesture and had it done. At first, I thought he would just do it with just the thin blanket that they provided me with. However, they took a more comfortable bed padding and comforter for me to use. Though the turndown service wasn’t the best I’ve seen, it was decent enough.

As I’ve mentioned, I’ve had high regards for Turkish Airlines for quite some time. They’re a good option for certain routes as they show high levels of quality service. I’d say they’re one of the few airlines that I would actively look to fly with again. Yes, their in-flight food catering is great, especially their concept of flying chefs who serve your food straight from a food cart.

The service was great all over, both my ground and in-flight experience were almost seamless. The flight attendants weren’t particularly proactive in providing service, but it’s easy to flag them down once you need them. I didn’t experience any of the inconsistencies that plagued many reviews and comments regarding their service.

All in all, business class on Turkish airlines is, to me, well worth it. More so when you’re on a flight with your family. If you don’t mind not having a bassinet for your baby, then I recommend trying this airline out. 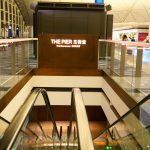 Interested in learning more about points and miles? Sign up to get the latest blogs and reviews!

We’re just two friends who love to fly and collect points and miles. With pointsboys, we will share everything we’ve learned to help other people fly like we do!

Close Menu
Share this ArticleLike this article? Email it to a friend!
Email sent!